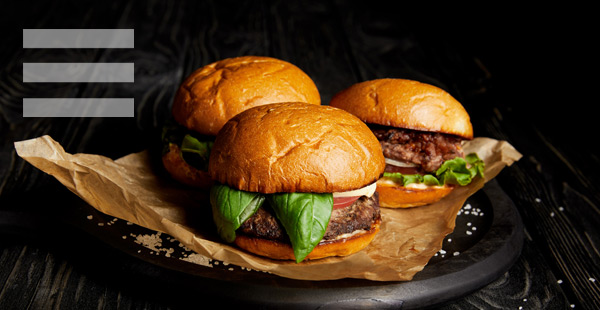 The Three-line Menu Option Called Hamburger Menu: What are the Pros and Cons?

The Hamburger Menu is Recognisable

The hamburger menu is ubiquitous—found everywhere from apps, to websites, to computer software and video games. It’s even somehow found its way to print. It’s an icon that has spent decades embedding itself in the social consciousness as the button where users can access the navigation drawer. People know it and can rely on it for that purpose, like how users know a trash can icon is where you can delete files, or the home icon is where you can go to the main menu.

The Hamburger Menu is Clean

In places where visual real estate is at a premium, like mobile apps and websites, the hamburger menu can bring incredible value. After all, you never want to overwhelm your users with too many choices. When presented with a wealth of choices, people are likely to get frustrated and not make a choice at all. That’s why the hamburger menu can be a great way to clear up an otherwise messy page. It’s a simple solution. It’s unassuming. And it doesn’t get in the way of your user’s experience. So, if you’re looking for a way to include easy access to your navigational menu without bogging down your users, a hamburger menu is a good answer.

The hamburger menu can be a great place for navigational buttons that don’t directly service the goal of your web page. For instance, let’s look at one of the major apps that utilises this option – Uber. Uber wields the hamburger button for this purpose. The app has one goal: Order car. So the main screen is singularly focused on booking you a vehicle.

For things like records of your past trips, receipts, and payment settings, you’ll have to click on the hamburger menu—since they’re not as important to the primary goal. While these buttons are important for certain tasks, they don’t need to take up all that space on the main screen. That makes the hamburger menu a perfect place for them.

One of the biggest gripes designers have with the hamburger menu is that it immediately makes whatever is in the menu less important. When you relegate navigational buttons and pages to the hamburger menu, you’re communicating that these things aren’t as important — and making them far less likely to go there.

The Hamburger Menu Has a Low Engagement

Hamburger menus have dramatically lower click rates (and engagement) than other buttons, which can be attributed to a number of reasons. First, they are hard to reach. With phones getting bigger with each generation, it’s becoming increasingly difficult to reach places where the hamburger button is typically found (top left or right corners). Second, when users don’t see their navigation options, they’re far less likely to engage with them.

The Hamburger Menu is Inefficient

Any good designer knows that making users go through extra steps to get to their end goal is a big no-no. The hamburger menu does exactly that. For instance, imagine you were looking for a fitness coach so you visited their site to learn more. Then, you would see the hamburger menu before the contact page. This is quite the disadvantage of the hamburger menu option.